We DO NOT believe in cutting corners or taking shortcuts when it comes to providing you the highest level of quality service you deserve! We invest in having the proper equipment and the people necessary to achieve our commitment to you.

We use specialized equipment to clean the entire dryer vent from the dryer connection to the roof vent. We are a licensed HVAC contractor so we will repair dryer ducts if needed. We help ensuring your safety from fire.


Here are warning signs of a potential fire hazard: 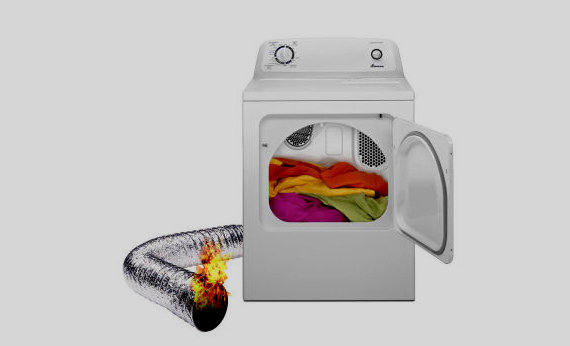